Mixer is a powerful tool that allows you to control a channel from several inputs. The way that it is implemented is as a weighted sum of all inputs. This concept is taken directly from RC controllers used very often in animatronics.

In Bostzy the mixes are managed with the Mixer Device, with which you can define multiple mixed channels that can be used and combined in your project.

To add a Mixer Device, click on the "+" button on the device panel, and then click ok: 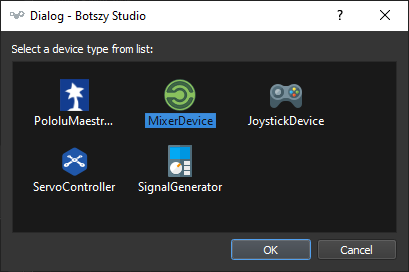 Now the Mixer Device should appear on the device list: 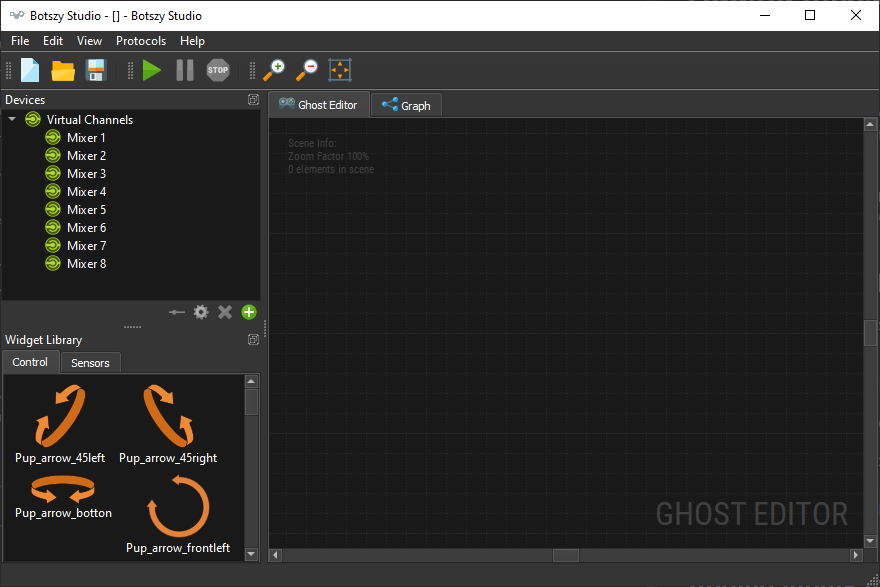 The Mixer Device is a virtual device, not linked to any physical hardware. It provides virtual channels that can be used to mix inputs from several sources.

By default, the Mixer Device includes eight virtual channels. You can modify this number or add additional mixer devices to group your channels. Each virtual channel is independent from another.

Adding inputs to a Virtual Channel¶

The Virtual Channels have a name, one output and multiple inputs. The output is a weighted sum of all the inputs. You can add as many inputs to each channel as you like.

In the example shown below, you would first enter the name of the virtual channel, typically associated with an axis or articulation. Then add two inputs from the joystick and set different values. You can use these values to fine adjust the center and range of each movement. 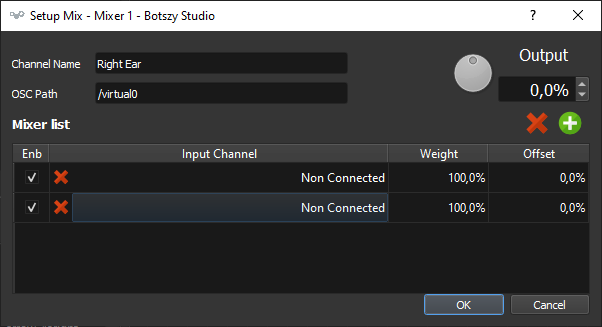 Connecting a mixed channel to outputs¶

To use the new Virtual Channel, you must assign it as input to a Physical Channel. Go to the servos demonstrated in previous steps, and assign the Virtual Channel as an input. Now you can move the servo from the two different axis using different weights and offsets.

Virtual channels can be used for several functions such as trimming axis or creating a composed axis. See the Mixer Device sector for full reference.